The Dollar-Yen has been slowly but steadily climbing along the last two weeks and reached a strong resistance area in the 38.2% and 50% daily Fibonacci retracement levels, with the confluence of both SMA34 and SMA100 and the SMA200 just above. On the weekly charts we have the middle line of the Bollinger bands and the SMA34 also in confluence, at the round number 82.00 (resistance area between 81.80 and 82.60). Price has continued its rising pattern since Monday and is presently trading above the round number, but a clean break of this level and resistance zone would be needed to think of further bullish targets. 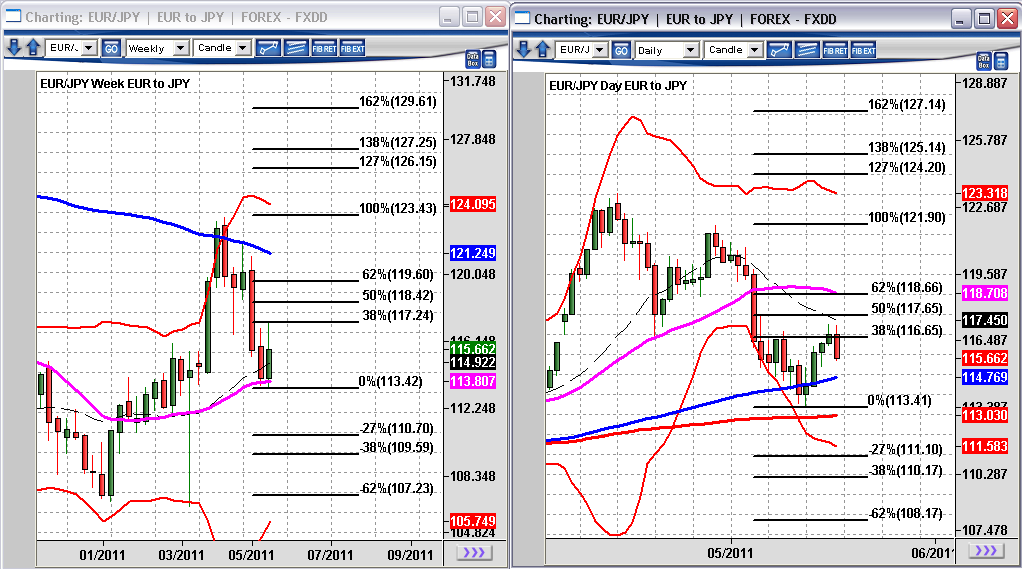 The Euro-Yen had a bullish week forming a tweezer bottom pattern and performing a retracement to the 38.2% Fibonacci level and daily middle line of the Bollinger bands, from which price was rejected back towards the daily SMA100. This level was crossed to the downside and the pair made a quick dip to the SMA200 before turning back to the upside and is presently trading back at Friday close level, just below the middle line of the daily bands and SMA100. The 116.00/116.40 resistance area seems to be strong and we could have another attempt to break the daily SMA200 and weekly SMA34 soon. I think this pair will be stuck in the former 113.50/115.50 consolidation zone for a while, but if price succeeds at breaking the lows (113.40) we would be heading towards the extension levels 111.10/00 and 110.20/00.

If the weekly tweezers hold true, a bullish scenario would bring us to the weekly SMA100 at around 121.00 in the medium-term, but there are several intermediary resistance levels to cross at 117.00, 118.50 and 119.20 before reaching that target. 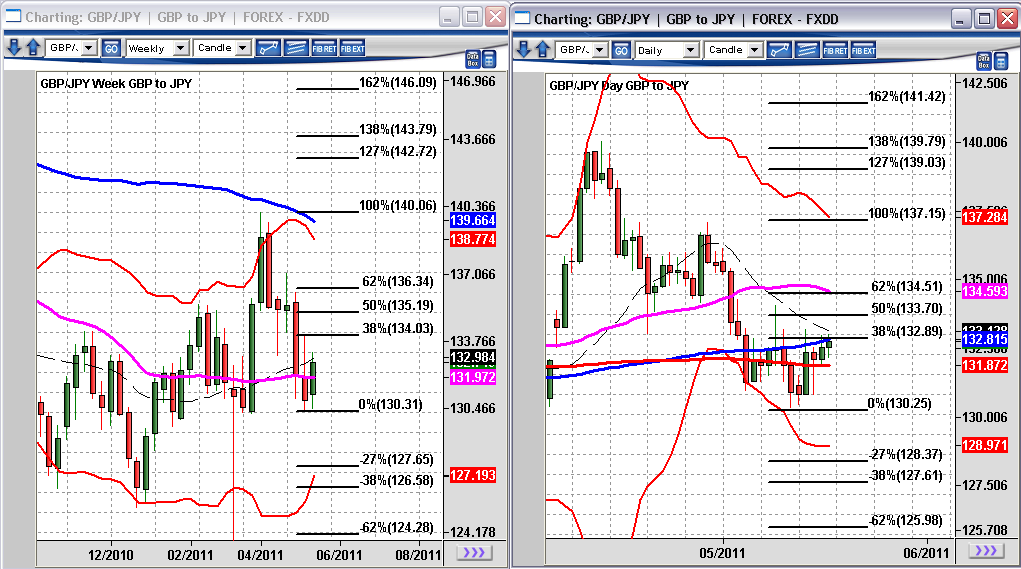 The Pound-Yen also had a bullish week and reached the middle line of the weekly Bollinger bands crossing the SMA34, while also reaching the middle line and SMA100 on the daily charts, trading above the SMA200 and performing a retracement to the 38.2% Fibonacci level where it closed on Friday. It has since Monday broken that level to the upside and reached the confluence of the daily SMA34 and SMA100.